Just going to show a few crops here as you can get more detailed reviews elswhere but here are some facts: 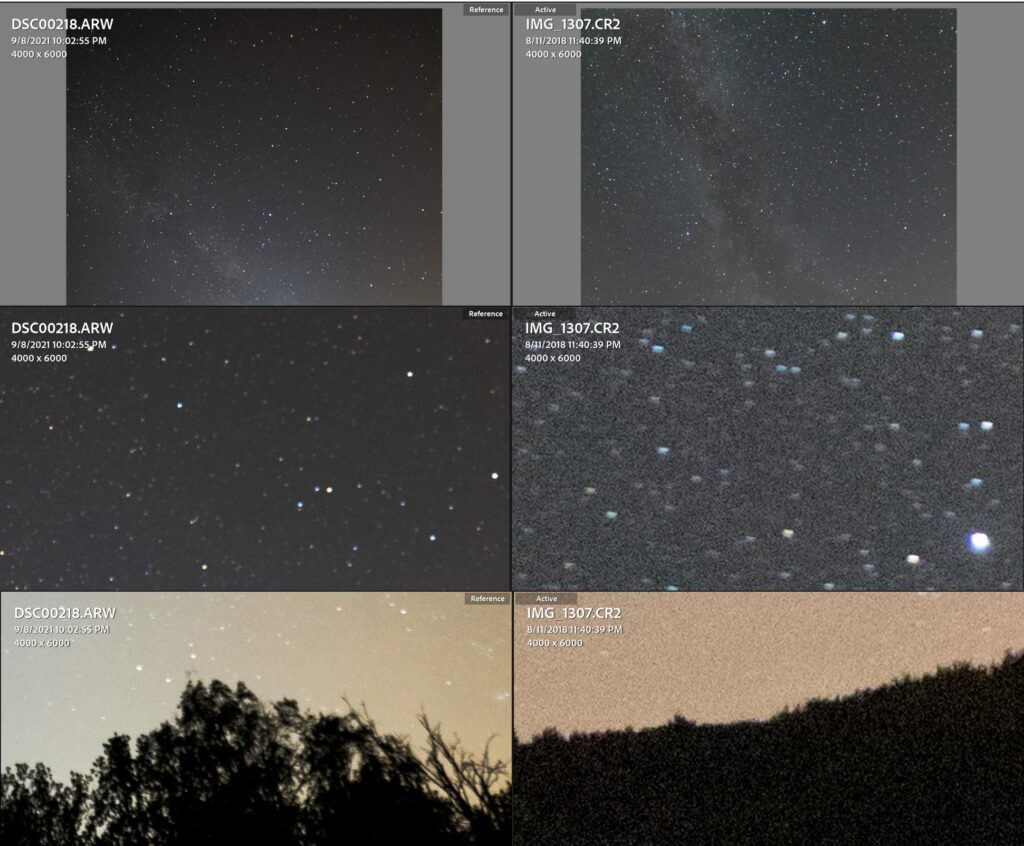 The Images are both unedited, as is when imported into lightroom with only the lens profile and lens CA corrections applied.

Currently ISO 3200 is my go to setting for astro @ 25s the only real way to get better conditions is to move into a darker light zone which will hopefully be done in 2022 with the next milky way season.